Chiropractor located in Fort Worth, TX 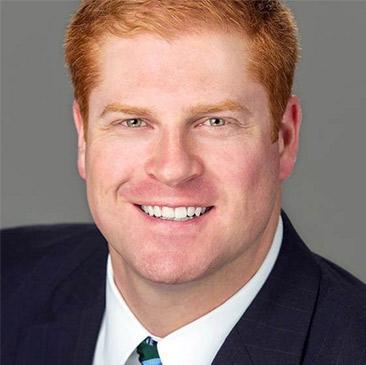 Kevin Sykes, DC, is a Chiropractor and Texas native serving patients throughout the Fort Worth area at White Integrated Health Clinics PLLC, where he works at the practice’s Waterside location. He has been treating patients as a well-respected Chiropractor since 2011.

Dr. Sykes’ interest in Chiropractic Medicine began when he suffered a lower back injury while playing college baseball. Thanks to the help of an experienced Chiropractor, Dr. Sykes felt not only an improvement in the pain in his back but noticed that Chiropractic adjustments and active rehabilitation dramatically improved his overall health, wellness, and athletic ability.

Growing up in Waco, Texas, Dr. Sykes completed his undergraduate studies in nutritional sciences in 2006 at Texas A&M University in College Station. Once he realized his passion for Chiropractic Medicine, Dr. Sykes enrolled in Parker College of Chiropractic in Dallas, from which he graduated in 2010.

When acute or chronic pain strikes, Dr. Sykes knows firsthand what it feels like to struggle with pain that has not responded to traditional treatments or at-home remedies. That is why he is confident that his professional experience combined with his own background as a lower back injury patient makes him a compassionate Chiropractor, one that understands what his patients are going through and knows how to help.

Dr. Sykes has had the privilege of working with prestigious institutions such as the National Olympic Committee of Colombia in South America and the football team at Baylor University in Waco, Texas. It is his goal to make sure the athletes he treats recover from their sports injuries as soon as possible while increasing their performance levels.

Dr. Sykes loves golf, exercise, and travel, and is an avid fan of Texas A&M and Texas Christian University football, Texas Ranger baseball, and Dallas Stars Hockey. When he is out of the office, he spends most of his free time with his wife, Jenna, and their children Alice and William.